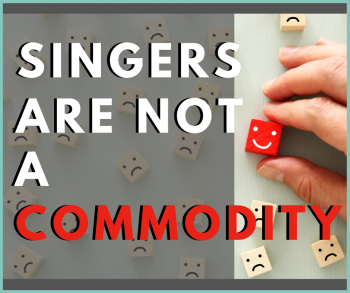 There’s something I want you to tattoo on your heart: Other singers (ie. your competitors) are irrelevant. I hear a lot of singers stressing: “Oh…but so many other singers are already doing this [song, genre. style].” Okay……..so what?!?!?!? Does that mean that they’re the ONLY singer who can be successful in your space? That there’s only room for one person to succeed in your genre? Heck NO! Listen: if you’re a pro singer – your audience is NOT *just* buying a performance. When your listeners are scouring iTunes for new music, they’re not just buying your song. When you audition, the panel is not just buying your ability to deliver a performance. They are buying into YOU. Your energy, your point of view, your ESSENCE. Yes, of course they want a song or a performance – but they can get that from a million other singers and a million other songs. But do they WANT to do that? No! They want someone they can relate to. They want someone who speaks to them. They want the experience of engaging with YOU. THAT IS WHY: SINGERS ARE *NOT* A COMMODITY. It doesn’t matter how many other singers do the exact same 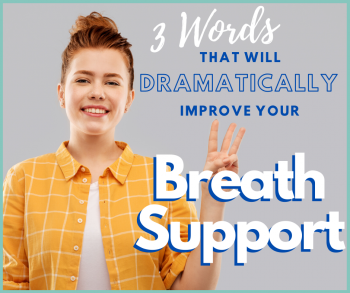 Let’s talk about RESULTS for a second……there are so many online voice teachers and singing workshops these days, but do they actually deliver lasting results in your singing, and if so, how long does it actually take to SEE results?  Most singers have been conditioned by voice teachers to believe that singing at the level they want is a looooooong and gradual process.  And they’re right in the sense that if you do it their way – the old, traditional way –  it IS a long and gradual process. But what if there were another way to get results MUCH more quickly? What if there was something different then the online voice teachers and singing workshops you’ve been doing that have disappointed you because you’re STILL dealing with the same old issues in your singing and your career? Today I want to introduce you to the fabulous blues/folk singer-songwriter Grace Theisen. Grace is a blues/folk singer-songwriter who went from being sidelined by the effects of nerves, tension and vocal fatigue to blazing a new trail in her career with rock solid confidence in her voice, zero vocal fatigue AND a brand new record. . . . .in EIGHT WEEKS.  If 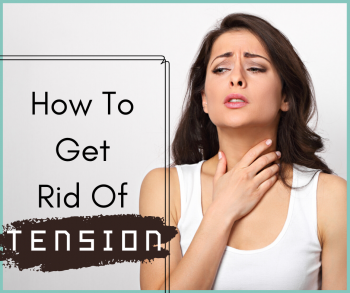 Do you know what the #1 thing is that sabotages good singing and kills singing careers? (drumroll please) Tension. I did a poll recently on what the proverbial “Holy Grail” is for singers, and the overwhelming answer chosen was: “To sing without strain and tension throughout the expanse of my range with a free, powerful, resonant and vulnerable sound.”  That’s not a tall order or anything! (Can you feel me rolling my eyes right now? You probably are too. I feel you.) I mean, if singing like that were simple, you’d be doing it by now. You’d never strain going for high notes. You’d never tense up on the breath or at the end of a long phrase. You’d never feel anxious about what sound was going to come out – it’d be amazing! The thing is, there’s a really good reason you’re frustrated, and guess what? It’s not your fault. You just don’t know what you don’t know! Click below to check out this training I did for Backstage Magazine recently: THE SECRET TO SINGING FREELY (aka how to NEVER deal with tension and strain again). You NEED to know this! If you are a singer who has had a ton of training 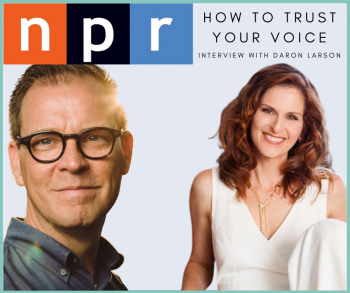 Is your singing career stuck in first gear because you’re afraid of really putting yourself out there? 😬 Or did it used to be easy to put yourself out there, but now…..after so much time and energy constantly chasing this dream and constantly coming up short, are you so beat down that it’s becoming harder and harder to keep putting yourself out there? So many giant talents never reach their potential because of fear. In my studio and in my Intensive program, a lot of the singers started out that way. They’re knowledgeable and talented and want to build a world-class singing career……. But they’re stuck. Bottom line is, you can’t be successful if all these things are dragging you down, no matter how talented you are. If you want to understand how to master your fear and trust your voice so that you can stand in your greatness every time you sing and open all the doors to an impactful career, join Daron Larson and I for a fascinating discussion on artistry, singing, fear and trust. Daron is the host of a great NPR show (and podcast) called “The Art Of Attention” and he had me as a guest 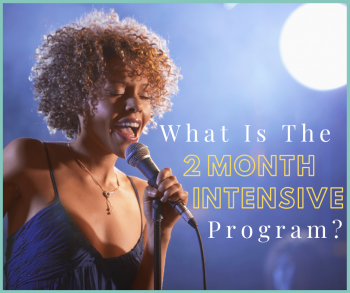 Before I get into the real purpose of this email, I want to invite you to consider something.  And that is…….we are all in this pandemic together, and we are all handling these extraordinary circumstances in our own unique way.  For me, I think it’s important that I still run my studio as normally as possible, as it supports not only the hundreds of singers in our tribe, but also financially supports my team and my family – which in turn supports the economy.  If you would prefer NOT to hear about programs I am offering, please click ‘Unsubscribe’ at the bottom of this message and we’ll be sure to exclude you from any future emails.  And, if you’re someone for whom a program like The 2 Month Intensive, along with my personal support and the support of other amazing singers doing the real work to get past their blocks to succeed like crazy when this is all over, would be helpful right now… please read on.  Thank you so much for your consideration and remember you can always join me for my FREE live weekly trainings in my Facebook Group “The Pro Singer Success Collective” here. So, what is The 2 Month Intensive 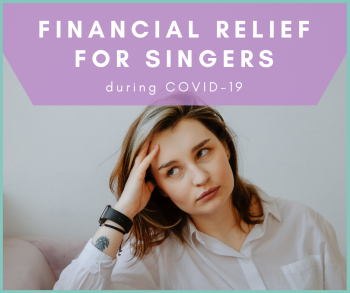 I have some important info on financial relief for singers to pass along to you today. If you have suffered the loss of income because of cancelled gigs, I want you to know there ARE resources for you. Many organizations have sprung up to help musicians during this time. I have listed a sampling of them below. Sending lots of love and “hustle muscle” during this time. Remember, this WILL end. You already KNOW how to be resourceful (as all free-lance musicians do), so now you’re getting to flex this muscle in new ways and unexpected ways. I’m here for you if you need support!   FINANCIAL RELIEF FOR MUSICIANS Effected by Covid-19 The Recording Academy and its affiliated charitable foundation launched a COVID-19 Relief Fund to help those in the music community affected by the pandemic. Individuals who’ve lost work can apply for financial relief online HERE. Equal Sound has launched a relief fund for musicians who can confirm gig cancellations. Musicians and music industry workers affected by the coronavirus also can apply to the Sweet Relief Musicians Fund for help. Phone 888-955-7880 or download a grant application form HERE. AGMA relief fund For AGMA members only Click HERE. ArtistRelief.org A coalition of national 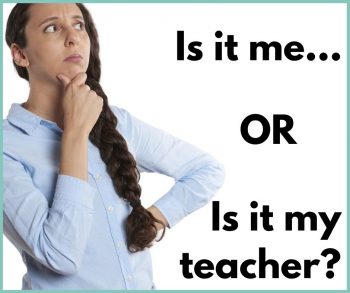 Throughout my many years of training, I’ve done singing programs and worked with teachers before that DIDN’T do a great job. One didn’t even bother to give me any critique – I spent $200 to blaze through song after song….I can do THAT at a karaoke bar for free! Another program’s information page was totally misleading (and the program was incomplete), and another teacher turned out to be incredibly verbally abusive. It didn’t matter – because I sang around the world and performed for thousands anyway. You know why? Because I DECIDED that I would. The truth is: even 1 small, new idea can have such a big a ripple effect on your singing and your career…..even if executed imperfectly. Of course – as a coach, I make sure I give my singers everything they sign up for AND MORE – but ideas *alone* don’t get you the results. YOUR EXECUTION DOES. DECIDE you’re gonna get a return on the training you invest in. Implement the ideas, take it to out into the world, run with it. Implementation is the only path to breaking in and making a big impact with your voice. Get moving and get your dream! If you 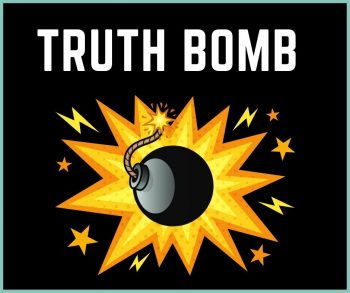 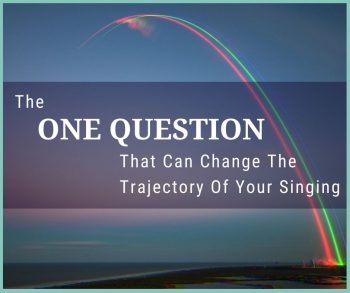 Have you seen yourself and other singers asking: “But what if it doesn’t work out?” “What if I’m never able to make a living as a singer?” “What if I’m rejected by the industry?” “What if I’m never able to break in?” “What if try it and fail?” “What if I can’t do it after all the training and effort?” This one question stunts most singers’ growth severely. It prevents you from taking a chance, from doing something differently, from having a shot at success. And in the meantime, most singers asking this question are wasting the MOST important non-renewable resource in their life: TIME. While this question continues to run on the treadmill in their heads – getting nowhere fast, preventing them from success – hours turn into days, weeks, months and years – AND NOTHING CHANGES. 3 years in – they’re still putting themselves out there and coming up short. 5 years in – they’re wondering if it’s time to let their artistic dream go and commit to a “real” job. 10 years in – they’re feeling bitter that all this hard work went into their singing and didn’t count for anything. So, I want to flip this question for