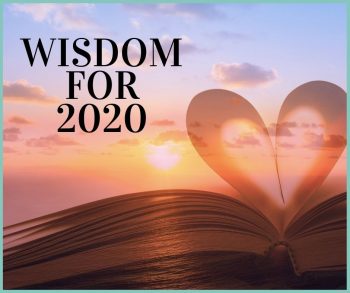 Happy New Year! I hope you had a wonderful holiday. I was in Florida (where I grew up) for the holiday visiting family and doing a whole lot of nothing which was BLISSFULLY perfect. Now I’m back in the swing of things, and it got me thinking about what words of motivation I have for you as you embark on this new year and new decade. And I was reminded of something my meditation wrote which I want to share with you.   “trust your awareness. expand your vision. plant your intention and match your actions with it. cultivate discipline, dedication, and love for your artistic path.”   I’ve learned that if you cultivate these things, you cannot go wrong. Lean into these things and your singing and artistry will bloom. Embody these things and your career will thrive. Let 2020 be the year you shift your relationship with your singing to bring you less frustration and more joy. If you need a proven strategy and expert guidance to help you, I would be honored to be your guide. Here’s to the start of an amazing year! 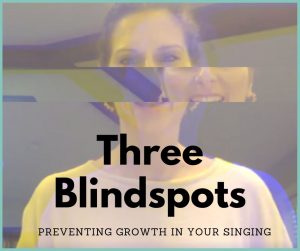 Are you doing everything you can for your singing? I bet you’re not. And I say that with zero judgement whatsoever cause I’ve been where you are. If it feels like you’re close, like you’re one step from getting the sound you want whenever you want, you’re one performance away from feeling like you “own” it, like you’re one step away from that big break…. Listen up. Your singing is a reflection of you. There’s something you’re doing that’s holding you back. It happens to everyone. But the real problem is, it can cost you years of your life and waste thousands of dollars if you don’t figure it out. If you want to know which ‘blind spots’ are holding you back, so you can get past them once and for all and make a big impact with your voice… Don’t miss this training I did earlier this week: “Three Blindspots Preventing Growth in Your Singing”.   Watch HERE 👇 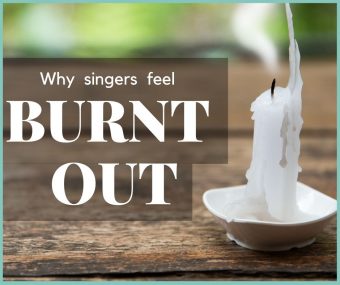 Ever wonder why singers feel burnt out? Let me know if any of this sounds familiar: “Start posting covers on YouTube”, they said… the fans will come rushing in. “Play out, book as many gigs as you can”, they said. Better yet, do FREE gigs for exposure. No, wait….PAY to play! If you’re an opera singer or musical theater singer: “Change your repertoire” or  “Loose 10lbs” they said, ” Just move to NYC!” Give away your best stuff. Free downloads for an email address then cross your fingers those people come to a show. Post on social media 12 times per day.And I love this one… “Try to be authentic”. (I mean seriously . . .if you have to try, then is it really authentic?) All that and you’re no closer to being at the level you want in your career. All that to barely earn anything back. All that time, money and energy spent pursuing this passion and still coming up short. Ugh. If you’re like most singers, you think “I got into this so I could connect to people, move them and create some meaning in this world with my voice on a large scale….not to spend my 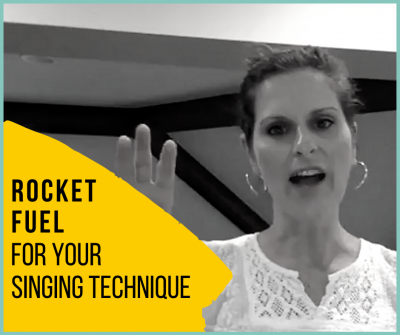 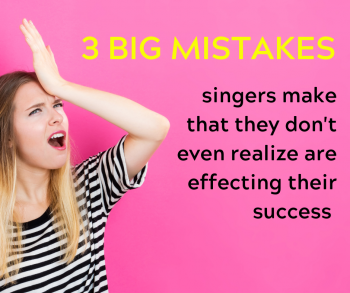 Today I’m gonna discuss 3 Big Mistakes that I see singers making all the time without even realizing it. Make these mistakes, and you’re going to have a hell of a time EVER getting off the day-job band wagon and making a big impact with your voice. These 3 Big Mistakes all grow out of one thing. . . . You think of yourself as an Artist. NO! You are a BUSINESS Until you stop thinking of yourself as an artist and start thinking of yourself as a business, you will probably make one, if not all, of these 3 Big Mistakes that keep you from having the success you know you deserve. Mistake #1:  No Strategy I see singers trying to build what in the business world would be called a “Franken-career”. You’re learning everything you’re going need to know for a successful singing career, but it’s like they’re each a puzzle piece from a different box. You learned vocal technique from this expert voice teacher over here You learned performance skills from that program over there You learned audition techniques from this class over here You learned songwriting or recording techniques from that intensive over there You learned about promotion 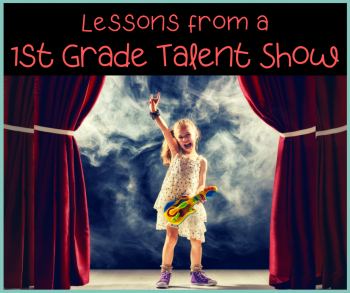 I went to an elementary school talent show recently, and it was about as chaotic and hysterical as you would imagine. But one thing struck me as each kid got up to do their thing – how much JOY they had while performing. It didn’t matter how good or bad of a dancer/singer/magician/violinist they actually were. Those kids were just SO happy to be up there performing their little hearts out, sharing their excitement and energy with us. It got me thinking how far we stray from that as we get older. Remember how it felt to sing when you were younger? I used to dance around my bedroom in my jammies singing to Whitney Houston and George Michael (I’m a child of the 80’s, what can I say!). Remember how it felt before singing became this thing you had to conquer and perfect? The thing is, perfectionism leads us to over control. The more we try to control our sound, the less we trust our technique and the worse our performances become. Perfectionism is the thief of JOY. Yet so many of us are such control freaks and perfectionists around our singing! I should know because once upon a 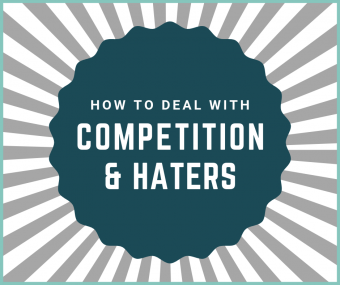 I heard this the other day. . . . “Never fight with a pig. You get dirty, and the pig loves it!” It made me laugh. And then it made me think. We’ve all experienced haters at one time or another on our artistic journey. There are plenty of spiteful, competitive singers and snarky industry professionals out there who want to tear you down to feel better about themselves. They’re so insecure about their own abilities and terrified of failing at their dream that they’ll do whatever they can to feel like they have a leg up. When faced with a hater like this, your gut reaction is probably to want to get in there and defend yourself. Don’t. You want to tell them how wrong they are about you. Don’t. You might even want to give them a taste of their own medicine. Don’t. These kinds of people feed on the drama. When you engage, you’re walking into their pigpen. Your power as a singer – your ability to perform and succeed at the highest level -depends on how well you’re able to move energy in the form of sound and emotion through your body, unimpeded. How well is 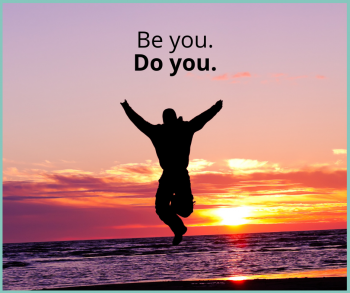 I offer this to you today as a simple, mindful gift. A wise man once wrote:   You’re neither superior nor inferior to others. You’re unique. You’re rare. Drop the comparisons.   There never has been, nor will there ever be another you.  And your voice is as singular as you are. Be you. Do you. Take your eyes off everyone else – detach from the demands of comparison and connect to the awareness within. It is there that the truth of you exists at all times. It is there that you will find the fertile soil from which your voice will bloom again and again. 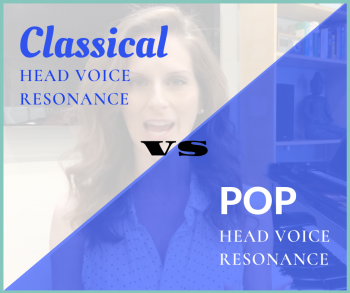 I’ve got a question for you. .  .  . How do you feel about singing in your head voice? Is it no biggie? Or do you cringe at the mere thought of it? Or somewhere in between? If you’re a classical singer: You probably luuuuuuuuuuv singing in your head voice. After all, it’s the warm fuzzy place you call home ninety percent of the time. It’s your happy place – UNTIL – someone asks you to sing a contemporary pop type song (think cousin Ida who will just die unless you sing Whitney Houston’s “I Will Always Love You” at her wedding) and then you panic! You think: How do I sing those notes in a healthy way without shoving my chest voice up too high? If I use my head voice I’ll sound like an opera singer trying to sing pop which is the worst. (Sigh – maybe I’ll be mysteriously sick for the wedding) How do I sing in head voice for pop music? If you’re a pop singer: You probably have more of a love-hate relationship with singing in your head voice.  Using head voice for pop music seems to bring up all kinds of anxiety and confusion. Maybe you’ve even gone so far 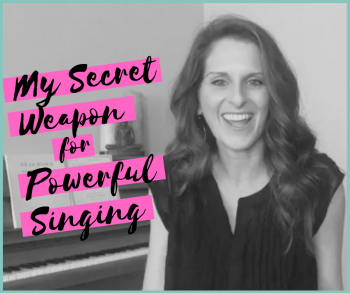 Ever wonder if there’s one thing you could do to always sing well? Kind of like a secret weapon that would give you power & reliability every single time. Well, I happen to believe there actually is such a concept to sing well.  And once you know it, it globally changes what your body does to make sound when you sing. I know your curious. . . . I call it a secret weapon because of the dramatic effect it has on eliminating strain and creating stability and reliability in your voice. So no matter what genre you sing or what level singer you are, your chances of maximizing your technique to sing well go WAAAAAY up when you understand this key concept. So what is it???? Drum roll please. . . . . OPPOSITION Yup. . . . That might sound totally esoteric to you, but I’m goin’ SUPER fundamental with this one. The concept of Opposition is a game changer. TRUST ME. And you know me, I’m in this for the long haul with you. While I enjoy giving you tips and tricks to sound better singing in the short term – my ultimate goal is to set you