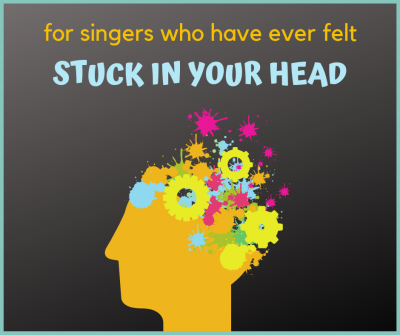 Happy almost Valentine’s Day! As I take in all the Hallmark sentiments floating around this time of year, I’m reminded that love is much deeper than romance. Love comes in many forms. Your relationship with your voice and with singing is the kind of love that can help you achieve things you never thought you could and take you places you never thought you’d go. . . . . if you only let it. I think we’ve all experienced moments when we just couldn’t get out of our head while singing. Some of us only experience it as a fleeting frustration, while others find it debilitating. Regardless of where you fall on the spectrum, I’m pretty sure that getting stuck in your head is a universal experience for most artists in some way, shape or form. And the reason why it’s so frustrating is because in that moment, your mind is standing in the way of the full expression of your love. And the feeling sucks!    This is why so much of my teaching and the content I bring you centers around the idea of mindfulness as it relates to singers and vocal technique. Without it, your expression – your LOVE 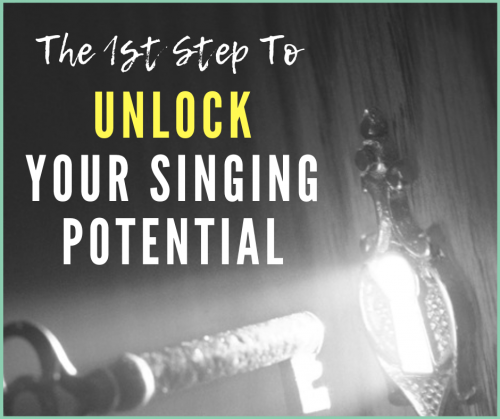 There’s so much content out there with tips and tools for how to improve singing performance. Over the years there’s one key thing I’ve learned. It’s the first step a singer needs to take in order to unlock the potential of their voice. I was reminded of it the other day when I heard this quote by poet Nayyirah Waheed: “Listening is one of the only spaces where you can be still and moved at the same time.”  I love this quote because it reminds me that when we allow the mind to be still and just listen, we create space for transformation. Most singers think of listening as it relates to sound –  listening to the sounds of the instruments accompanying us, the sounds we make when we sing and the sounds we want others to hear us making. This kind of listening is outwardly focused on external sound and our external experience with it. When we are listening this way, we tend to force, manipulate and push our voice as a means of controlling an outcome. But there is another kind of listening. Listening to your body. Listening in this way means quieting the mind so you can 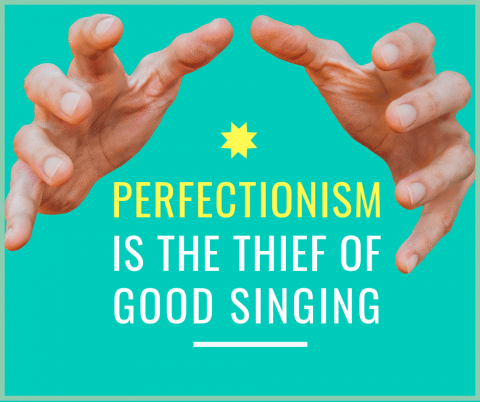 Sometimes the things that improve our singing the most have nothing to do with singing at all. This couldn’t be more true when it comes to the standards we set for ourselves and why I say that perfectionism is the thief of good singing. We all want to sound good but at what point does that tip into perfectionism, and how can you know? Here are a few questions to ask yourself: Do I set standards waaaaay higher and more demanding for myself then the standards I apply to my friends/colleagues/family? Do I ever find that I have all-or-nothing thinking where I feel “almost perfect” as a failure? Do I ever have difficulty taking pride in my accomplishments because I am so focused on tiny perceived mistakes or imperfections in my work that I have trouble acknowledging the larger achievement? If you answered “Yes” to any of these questions then you, my friend, just might be a perfectionist. Welcome to the club! Illustrious members include Steve Jobs, Mozart, Flaubert so you are in very good company. The thing is, while perfectionism may work for some people, it is mostly disastrous for singers. When we feel we have to be perfect 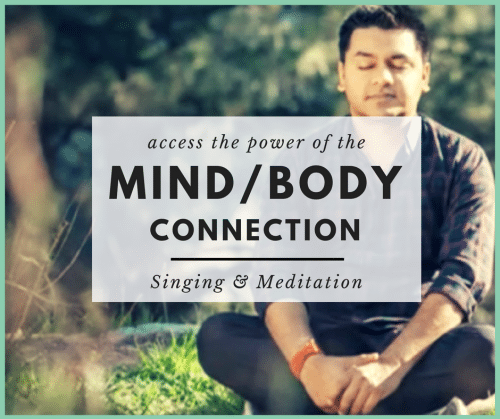 You know how I’m always encouraging you to tap into your awareness and cultivate the power of the mind/body connection in your singing? Well, I saw this headline the other day and I had to bring it to you. It’s such a testament to the power of the mind/body connection that if you have ever been in doubt, it serves as a great reminder. For those of you not following the news or who hadn’t heard this story, a group of thirteen Thai boys and their soccer coach were trapped for 9 days deep in a cave after the entrance got flooded. They were without any food, any light or much fresh water until on day 10, an international team of navy seals and cave divers found them, miraculously alive, and managed to get them out after week long rescue mission. It turns out that the boys’ coach, who led them on a hike into the cave when it flooded, trained in meditation as a Buddhist monk for a decade before becoming a soccer coach. According to a bunch of news sources, he taught the boys to meditate in the cave to keep them calm and preserve their energy throughout the 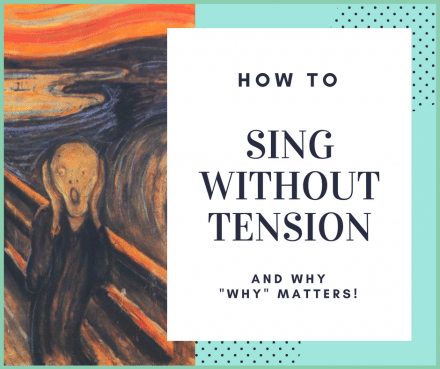 Have you ever noticed that so many of the tools and ideas I give you to help you sing without tension have a component of mindfulness in them?  I realized recently that I don’t always explain why I do that, or why mindfulness plays such a big part in reducing tension and the way that I teach. So today I really want to circle back to the “why” of it all and also give you an exercise for how to sing without tension in your own practice. So why is mindfulness so important to help you sing without tension so you can sound better and feel better singing? As singers, our body is our instrument. You’ve heard me say that about a million times, right? And just like a trombone player or a cello player makes sure that their instrument is in good working order, we too need to make sure our instrument (our body) is set up to work our technique as efficiently as possible. For singers, the main thing that compromises our instrument and our technique is tension. I know so many of you deal first hand with the discomforts of tension in your singing and would do 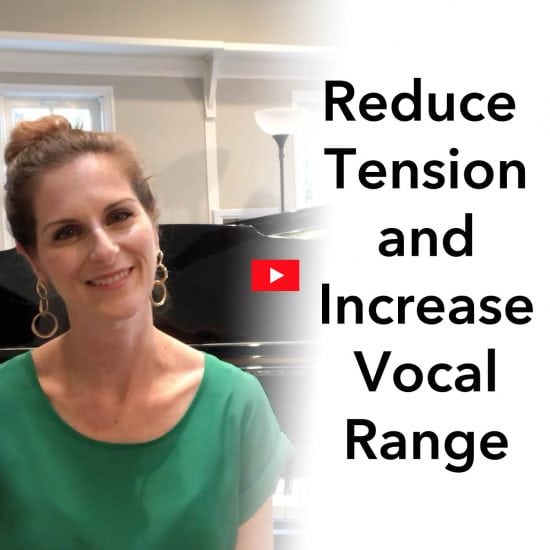 As many of you know, I have a four year old daughter. One of the things I learned from parenting her throughout the toddler years (and now the preschool years) is the value of re-direction. Thank the lord for re-direction!!! I can not overstate how many times this tactic has saved me from being on the receiving end of a major fuss. And for singers, the value of re-direction is just as strong. Re-direction is a really powerful way to combat tension. My favorite re-direction tool is opposition. There are SO many useful applications for opposition in singing. The one I’m focusing on today is using opposition to help singers increase vocal range. In my experience, most singers have much more range then they’re currently able to access. The reason it’s so hard for many of you to make use of the upper reaches of your range is because too much tension builds up around your larynx as you rise in pitch and you get stuck. The idea of opposition can make all the difference in the world in reducing tension in singing to increase vocal range. Watch today’s Blog video to learn how to employ opposition to help you